The earliest formal indication of the existence of Grose Wold Brigade is a listing of Captains and Presidents dating back to 1936 when ‘bush fires with alarming fierceness … menaced … the many citrus orchards and farmhouses in the district’ including Grose Wold (source: Windsor and Richmond Gazette 13/11/1936). In 1939 Grose Wold was one of the ten original brigades that formed the Kurrajong District Bushfire Brigade. Grose Wold Brigade meetings were held at the old Grose Wold School in Grose Wold Road. In 1967 the Brigade moved into its first purpose built shed situated behind where the current station now stands. It used a WW2 vintage Blitz tanker at this time.

In 1974 this shed was blown down in a windstorm, and the next shed was built. It was a single bay with enough room for the truck and not much else. The Brigade minutes inform us that on various occasions work was performed to improve the station, this being the addition of a toilet, storage area and a kitchen sink. On more than one occasion it also had a coat of paint applied to both inside and outside.

In 2002 the members undertook to build the new station. After much fund-raising and with the help of members and many businesses and trades people, and Hawkesbury City Council, the new station was opened on Saturday, 14th June, 2003. The new two-bay station includes a storeroom, fully equipped kitchen, bathroom and an upstairs office and planning room.

Since 1976 the Brigade has been issued with four tankers. From 1976-1995 a Bedford, followed by an Isuzu Cat 2. In 2003 we received a more up-to-date Cat 2, and on 17th February, 2012 we received our latest brand new tanker, a Category 1 Isuzu with all the latest safety equipment, able to carry a crew of six.

Fires Near Me NSW

The best way to stay updated about incidents in your area is to install the "Fires Near Me NSW" Application on your Smartphone or Tablet. 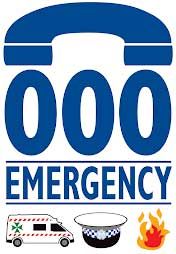 To report a fire emergency